It's Only A Game... Keeping Your Cool on The Golf Course Tips

If you're an avid golfer, chances are either yourself or someone you've played with has lost their cool on the golf course! Losing your cool can be displayed in a few different ways, most commonly the good ol' club throw or maybe it's just an extensive verbal outburst leading the others around you to look in your direction. It's golf, we've all had those days but some of us have been fortunate to understand that there is absolutely no benefit at all in any outburst whatsoever on the course. Let's think of some best practices and keep others in mind when our round isn't going our way!

How often do you throw a club and then immediately see your round improve after that display of frustration? Can you play better when you pick that same club up in two pieces and you're now short a 7-iron for the next 12 holes? Doubtful! As many of us know, golf clubs can be pretty expensive depending on your preferences and how often you play. It also doesn't help to act like that on the golf course and draw attention to not only yourself, but your playing partners. There are several unwritten rules of golf, and I personally believe that keeping the clubs in your hand after a bad shot is one of them!

Not only have we all seen or participated in the club throw (as if it's the clubs fault) but we've also all seen individuals vocabulary change dramastically after a poor shot. They start spewing out words that you didn't even know existed just to get their point across about how much golf sucks and how soon they're going to sell their clubs and quit after the round... they never quit. Cussing at the top of your lungs on the golf course makes your playing mates feel uncomfortable and absolutely crushes the vibe on the course. Typically after hitting a few atrocious shots on the course, one of your shots is bound to be good eventually. Unfortunately, due to the swearing and outbursts, you often become the laughing stock because just a few short holes ago you wanted to quit, and now you think you have a shot at the tour... Save your breath and appreciate the privilege you have of playing such a beautiful game.

Lastly, let's keep the golf course in consideration when on their property. I have several friends who've worked on golf courses in their live as a summer job and it's often long weeks and early early mornings. The greens crews spend several hours making sure when each golfer comes to play, they're getting the best golf conditions they can ask for. Don't be that individual to miss a putt and slam your putter into the green causing a massive divot, or drive the golf cart recklessly with the potential of damaging the property of the golf course.

With that being said, I know golf is an individual game 95% of the time, but if there is one thing you can take away from this, make sure to think of others when it isn't your best day. Keeping your cool on the golf course could also save you big bucks in the long run by not having to replace your clubs as often. Should you have to consider replacing a golf club or are in the market to purchase new golf clubs... Download our Comparison Guide Below to learn more! 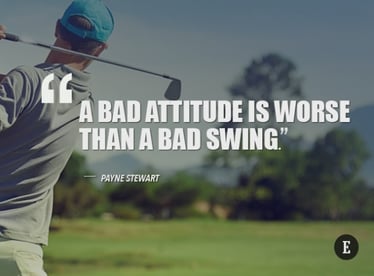 We're Here for You!

FindMyClub.net is designed for the common golfer to assist in replacing broken,lost, or even stolen clubs from your already complete set. We make it easy to get your favorite club back in your bag before your next day on the links!

Copyright 2021 | Designed with by HubSpot